Multi-layered managed detection and response managed by the team who developed it.
On-Premises • Cloud-Delivered • Virtual • Hybrid

Managed Cybersecurity Beyond The Traditional

CloudJacketX is a managed security solution developed to address the major pain points of IT teams such as alert fatigue, lack of resources, and the shortfall of vulnerability visibility. Our patented and patent-pending solution manages, detects, and responds to ongoing cybersecurity threats. We protect against data breaches by leveraging our technology and highly trained security experts who monitor your network around the clock and in real-time.
It can take mere seconds for an intruder to compromise a network and just minutes to start extracting data. Yet according to the 2019 Verizon Data Breach Report, 56% of breaches took months or longer to be discovered. Having a proactive and in-line multi-layered security approach, such as CloudJacketX, is the effective way to safeguard your data.

Our flexible security-as-a-service platform allows for a layered approach where you can choose exactly what your organization needs. Our Security Operations Center (SOC) will manage and monitor all of your CloudJacketX Platform layers 24/7.

Analyzes and monitors network traffic for signs that indicate attackers are using a known cyberthreat to infiltrate or steal data from your network.

Detection and Prevention Technology works in-line to actively detect and block based on severity, source, reputation, geography and custom tuning. Advanced heuristics and deep packet inspection detect anomalous activity before it enters the network.  IPS can proactively deny network traffic based on a security profile if that packet represents a known security threat.

A Security Information and Event Management (SIEM) solution centralizes data by collecting logs and events generated by host systems, security devices and applications. These logs and events are then stored and reviewed by our security analyst to facilitate regulatory compliance.

Internal Threat Detection is designed to mimic legitimate services, such as servers and file shares, in order to attract and detect unauthorized access, which provides effective protection against Advanced Persistent Threats, Ransomware, and Insider Threats.

Utilizes our LAN sensors in your network allowing our SOC to detect events between hosts and working locations and in turn providing extra visibility into your network.

Inspection of the potential points of exploit on a computer or network to identify security holes. Our vulnerability scans detect and classify the system weaknesses in computers, networks and communications equipment and predicts the effectiveness of countermeasures.

Data loss prevention detects potential data breaches and data exfiltration transmissions and prevents them by monitoring, detecting and blocking sensitive data while in use, in motion, and at rest.

Our security analysts are dedicated to reviewing every alert and identifying, confirming and blocking threats. The team will get to know your business policies and tailor our service to ensure that security does not interrupt legitimate business.

Less than 1% of alerts will actually need any intervention from your team. This frees up your inbox from unread alerts and eliminates labor-intensive log analysis.

Get started with a robust security solution that will cure your alert fatigue.

Simplify your Strategy with Managed Detection and Response

It’s time to get ahead with CloudJacketX’s advanced threat detection.  Our Security-as-a-Service eliminates labor intensive log analysis and alert fatigue allowing you to focus on your business.  CloudJacketX protects you from data breaches by leveraging our highly trained security experts to monitor your network around the clock and in real-time.

Percent of tickets not worked by end of day**

Percent of Security Teams that have Alert Fatigue**

Blocks based on severity, source, reputation and geography

Having a proactive and in-line multilayered security approach, such as CloudJacketX, is the effective way to safeguard your data within Google Cloud, AWS, Azure, on-premise or hybrid environments. Our platform is built to be customized so our clients only pay for the components their environment needs.

SECNAP has developed technology which uses advanced heuristics and deep level packet inspection to detect anomalous activity preventing breaches in real-time. CloudJacketX blocks known and unknown threats based on severity, source, geography and customized threat blocking based on your business needs. Our security analysts are dedicated to identifying, confirming and blocking threats. Less than 1% of alerts will actually need any intervention from your team. This frees up your inbox from unread alerts and eliminates labor-intensive log analysis.

SECANP’s managed SIEM helps centralize data by collecting logs and events generated by host systems, security devices, and applications. These logs and events are then translated into reports and alerts that allow our Security Operations Center to monitor, detect, and respond to threats in realtime.

Our internal threat intelligence is designed to mimic legitimate services in order to attract and detect unauthorized access. This solution consumes a hacker’s time and attention with data that is customized with realistic business details.  Internal Threat Detection is designed to provide effective protection against insider threats, ransomware and advanced persistent threats.

Is a feature that can be enabled in CloudJacketX by utilizing our LAN sensors in your network. This allows our SOC to detect events between hosts and working locations and in turn providing extra visibility into your network.

With networks spread across cloud, virtual, mobile, and on-premises environments, blind spots are likely to arise. Built into CloudJacketX is a scanning feature that will allow IT teams to inventory network assets across the network.

CloudJacketX has the ability to perform internal and external vulnerability management with detailed reporting available. Remediation support is available to help your team prioritize critical vulnerabilities that can leave gaps open in your network.

Working around-the-clock our highly trained security analysts vet potential threats on your behalf. The team will get to know your business policies and tailor our service to ensure that security does not interrupt legitimate business. Our analysts supply real-time dashboards and snapshot reports including those needed to maintain compliance. CloudJacketX is a SOC 2 compliant solution and our SOC is based out of a datacenter in the US. We value customer service and like to think of our SOC experts as an extension of your team. 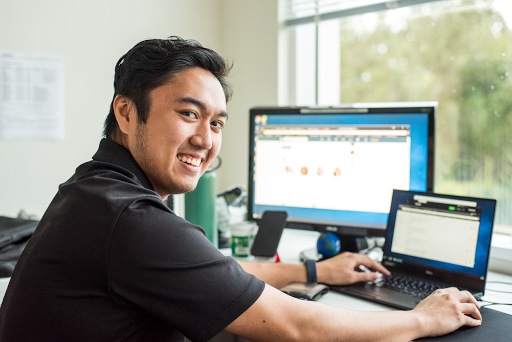 Meet our Security Operation Analyst who can review your network events so you don’t have to.